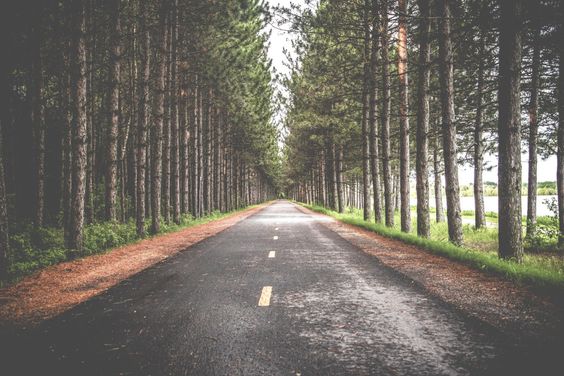 In college I had a professor who was also the supervisor at my internship. Once she got to know me, she realized I overthink everything. I struggle with every decision I make.  I have to make a pros and cons list and argue both sides 5 times. I always think there is a better way to do something. I go over all the “what ifs” I can think of. I want critics and outside perspectives.

She was nothing like me. She was very calm and honestly, she probably got tired of my craziness. Every time I would start debating things, she would tell me, “There is no wrong decision. You make a decision and you make it right.”

Okay lady (major eye roll). For your information, it is worth it to write lists, over analyze, and drive yourself crazy because there actually are wrong decisions.

I never actually said that to her because she was my teacher and boss, but that’s what I thought the first 6 times she said it…..

And she kept saying it until I started to think (or maybe overthink) about it.

Now that a few years have gone by and I’ve changed as a person (kind of), I realized she was right.

There is no such thing as a wrong decision. When you have two options, you go with your gut. There is a reason you want to pick one over the other. Once a decision has been made, it’s done. There is no turning back. The only thing left to do is stick with your choice and ride it out.

Every choice I have made (whether I consider it good or bad) has brought me to where I am right now, which I believe is where I’m suppose to be.

So maybe if I debated a little more about some of my life choices, I would have came up with a better solution. Maybe I would have done things differently and could have avoided some heartbreaks and disappointment. But honestly, those things made me a better person. I had to experience some bad times to make me stronger and know myself better.

There is nothing wrong with making a decision or going for the things you want. You might not get the result you pictured, but you’ll get where you’re supposed to be..and that’s comforting to me.

View all posts by CarissaMichelle

One thought on “There Is No Wrong Decision”